And How Smart Home Automation Can Help

Did you know that a burglary occurs once every 13 seconds in the US? Everybody thinks it’s not going to be them until it does. Burglaries can easily be thwarted, but people make a lot of simple mistakes with their home security. Just taking a few precautions can massively reduce the chances of a burglary. With the right smart home automation, you can make that even better. Let’s take a look at some examples. 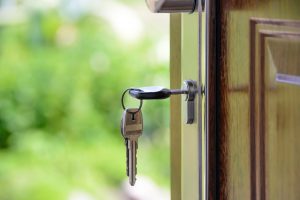 People have this image of burglars as people in ski masks cleverly picking locks, or breaking in with crowbars. Nothing could be further form the truth. Statistically, most burglaries happen during the day, while people are likely to be out, and burglars avoid forcing their way in if they can.

One of the biggest home security mistakes people make is leaving a spare key outside. It should be obvious that you never want to put a key under the doormat, as that’s so cliché you see it on every TV show, but people still make that mistake. Others think if they put it under a rock, or in a bush, or under a lawn ornament, that will do. It won’t. If you leave a key outside, burglars will find it. Instead, leave a spare key with a trusted neighbor.

Smart Locks. A smart lock requires no key. Instead, it connects to your WiFi and allows you to lock and unlock your door with your phone, or a touch screen using a pin number. You’ll never have to worry about a burglar finding your key again. Additionally, a smart lock signals that you’ve thought about security for your home. That alone can dissuade burglars. 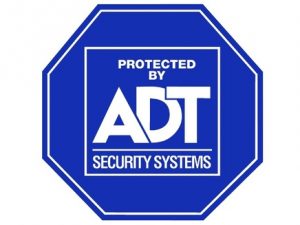 Some people put up fake security cameras thinking to scare burglars off, but it’s easy to spot a fake security camera. One of the biggest tells is that actual security systems will advertise their presence. Surely you’ve seen those signs people place in their lawn that say “Protected By Such-And-Such Security System”? Companies want everyone to know that the system is protecting the house. Not only is it good advertisement, but it goes a long way towards keeping them away.

Get a security system. These days, quality security systems are fairly inexpensive. You can get one for very little money and the added protection is definitely worth it. With smart home automation, you can even have your security system send alerts directly to your phone when something happens, so you always know what’s going on.

There are a lot of mistakes people make with lighting. One of the big ones is leaving lights on all night. They think if their yard is brightly lit, burglars can’t hide. In reality, having your lights on all night just makes it easier to see your yard and plan an approach that won’t make noise. On top of that, it wastes electricity. In the other extreme, having no lights at all does give the cover of darkness.

The trick is to draw attention. If you want your lighting to actually scare burglars off, the best option is motion sensor lights. They turn on as soon as the burglar attempts to get near your house and the sudden change in lighting is an obvious tell that someone is sneaking around.

Generally, lighting isn’t a good deterrent either way, since most burglaries happen during the day, but there are plenty of other reasons why good lighting is a worthwhile investment.

You know what the easiest way to steal something is? Picking up a package left on someone’s doorstep and walking away with it. You can do it quickly and nobody will see you. If you leave valuable things in plain sight near a window, that’s also an open invitation. Most burglars won’t try to break a window to get in, but if they’re certain nobody’s home and they can just smash the window, grab something, and run, some will take that chance. You should avoid leaving anything in plain sight and easy reach.

While you can easily keep things out of sight from windows, packages on the porch are a bit more difficult. You don’t always know when they’ve been dropped off. A smart home solution for this is a motion-activated camera. If someone walks up to your home, the camera records it and with smart home integration, you can have alerts sent to your home. You’ll always know when something’s dropped off at home. If you’re home, you can go get it. If not, you can call someone who is. In a pinch, call a neighbor and ask them to hold onto it for you until you get back.

Do you have a social media page? Statistics suggest you do; either Facebook, Twitter, or some other platform. You probably have multiple social media accounts. One of the biggest mistakes people make is to announce when they’re going out of town on social media. Your social media isn’t private. Even if you put your pages settings to private, the information gets leaked all the time. If you announce when you’re going to be gone on social media, you’re letting every burglar within driving distance know there’s an easy target out there. If there’s no chance of you coming back and surprising them, they can take their time burglarizing your home.

Well, having the security systems mentioned above can help, but there’s no real smart home solution to this one. If you really want this not to be a problem, the solution is on you: don’t announce your travel plans on social media. There’s plenty of time to post your vacation photos and stories after you get home. Just wait until then. 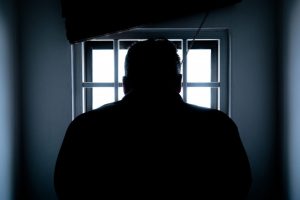 Movies and TV shows like to hype up hacking as some complicated process that requires compute programing skills and the ability to type at 120 WPM to outwit security systems. I always laugh when I see this, because it’s nothing like that. In fact, 9 times out of 10, if a system gets hacked, it was done by someone guessing the password. That’s why you need a strong password. Never use your name, a pet’s name, or something obvious like that.

Another common mistake people make is leaving default passwords for their modem and router. They might change their WiFi password, but they don’t realize that the rest of your equipment also has passwords to it. They come with default passwords chosen from company lists, but these lists get leaked to the internet all the time. If you don’t take the time to change those passwords, someone can access them from their mobile phone just by running through a list of default passwords they found online.

Securing your WiFi, modem, and router is super important, especially if you have smart home automation. If a burglar can use their own phone to get access to your home network, they can get access to anything hooked up to your smart home system. Make sure you use a strong password and that you remember to actually change the passwords on your network equipment from their defaults.

There are a lot of smart home solutions to security problems. As technology becomes more readily available, the costs of security measures goes down. Right now, just a few simple, inexpensive smart home security upgrades can significantly reduce the chances of burglaries. There’s no reason not to take advantage of what’s available.

Here at Rapture Audio, we can help you install and set up smart home integrations of all kinds, including security features. Get in touch with us today and see how we can help you out. We’ll help you feel safe in your own home, whether you’re there or not!